Samarkand, the ultimate mythical city. Its history began about 2700 years ago. It played an important role on the stage of history during the conquests of Alexander the Great, the Arab invasions, the invasions of Genghis Khan and later the Empire of Tamerlane. This is how Samarkand developed and is a perfect example of a melting-pot of Iranians, Indians , Mongols and Turkic peoples at the meeting-point of Western and Eastern culture. Magnificent and majestic Samarkand possesses an extraordinary power of seduction and attractiveness. Poets and historians in Antiquity called it “Eastern Rome, the beauty of countries under the moon, the Eastern pearl of the Muslim world”. Its site, placed advantageously in the Zervachan valley gives Samarkand the place of honor among the cities of Central Asia.
Like other main centers of civilization – Babylon and Memphis, Athens or Rome, Alexandria of Byzantium – Samarkand has known great upheavals throughout history. A city coveted by a myriad of conquerors – Arabs, Mongols, Turks, Russians.
Thanks to recent archaeological discoveries, it is now known that Samarkand’s history goes back to a period far beyond the Macedonian victories of Alexander. It was already a rich city at the time of the Achaemenids (6th-4th centuries B.C.). Therefore, Samarkand was born roughly 2750 years ago on the hill of Afrasiab, even if its history goes back farther in time. During the historical period, Samarkand knew the wild Sakas and Massagetes, the columns of Macedonian Greeks, the hordes of cruel Karakitai, and suffered the dramatic invasions of fanatical Arabian chiefs. The bloodthirsty hordes of Genghis Khan, bringing fire and the sword to the peaceful dwellings. Samarkand became the capital of the immense Timurid Empire, which stretched from the Indus to the shores of the Bosphorus under the powerful Amir Timur. 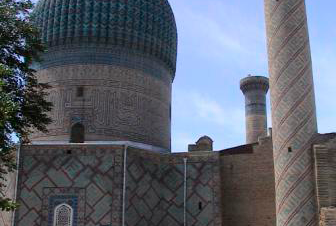 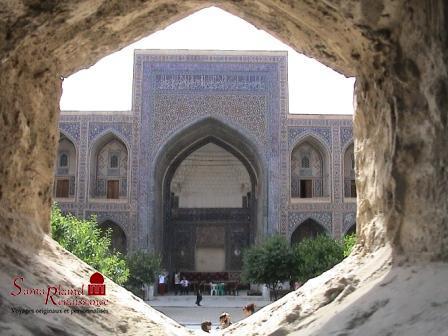 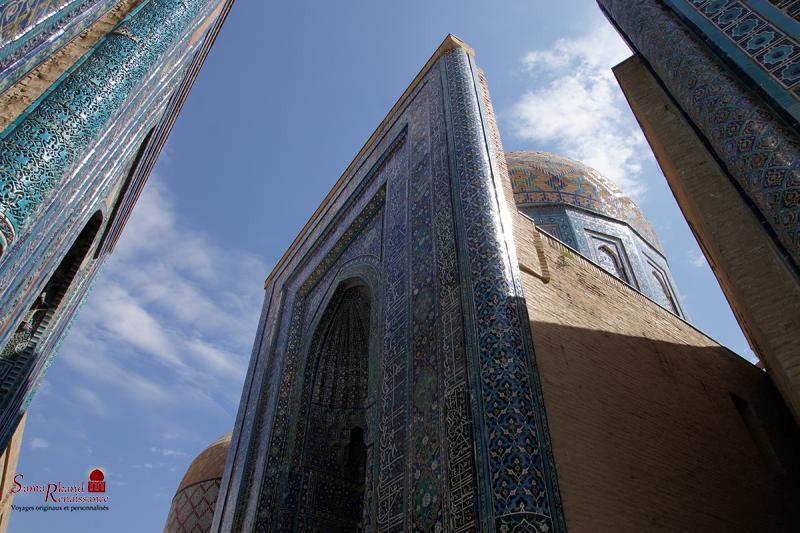